House On Fire in Eswatini is excited to announce it has secured a substantial grant from the EU-supported Sound Connects Fund to support an innovative new and ground-breaking project that will support continental musical collaborations – CollaboNation!

CollaboNation will connect and unite the Southern African region through a series of unique music collaborations, supporting the weaving together of Africa’s rich and diverse musical genres and inspiring a game-changing creative narrative, contributing to the development of new audiences, inspiring social cohesion, and building linkages between cultural industries and networks.

Artists from Eswatini, Lesotho, Zimbabwe, Mozambique, and Botswana are invited to apply for the opportunity to collaborate with each other to record original and inspirational songs, in line with the social and environmental values of House On Fire and the MTN Bushfire festival.

Collabonation will be a content and artist-driven journey, showcasing the creative and collaborative process of the artists before and during the song’s studio recording. The journey culminates in a live performance by the artists on the internationally celebrated stages at MTN Bushfire 2023, resulting in a complete, professional, music video. Distribution will be handled in partnership with the world-wide distributor Paradise Africa.

The aim is to extend the reach of Southern African artists, exposing them to new audiences, media, promoters and other industry professionals, in order to access new markets and communities while developing artist brands.

CollaboNation will facilitate a range of up-skilling and training opportunities for Eswatini music industry professionals involved in the project, such as record producers, sound engineers, photographers, videographers, fashion designers, graphic designers and other creative professionals, with a focus on youth-led and women-led creative services businesses, as part of House On Fire’s local arts development goals.

Further updates will be posted on House on Fire social media.

CollaboNation is funded by the Sound Connects Fund, an initiative by the Music In Africa Foundation (MIAF) and Goethe-Institut. The Sound Connects Fund is made possible with funding from the ACP-EU Culture Programme, a project implemented by the Secretariat of the African, Caribbean and Pacific (ACP) Group of States and funded by the European Union (EU). The Fund is also co-funded by Goethe-Institut and Siemens Stiftung. 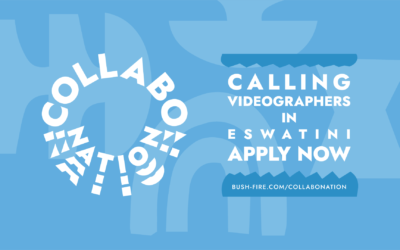 House On Fire is looking for the best of the best in filmmaking for our dynamic new project, CollaboNation, to tell remarkable and original stories portrayed through a series of unique music collaborations by artists in the Southern African region. We are looking for qualified storytellers with a strong interest in the arts, and experience in filmmaking, who can offer high quality cinematography 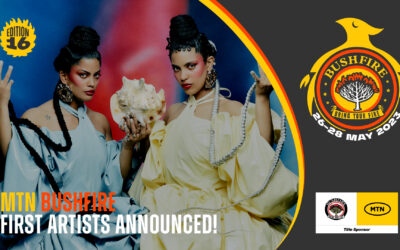 MTN Bushfire is thrilled to announce the first of many talented and exciting acts for the 16th edition of MTN Bushfire, in 2023! Powerhouse performers Sho Madjozi, Ibeyi and Qibho Intalektual will join dozens of artists from Africa and around the world on the various festival stages from 26th–28th May 2023.

Rooted in Africa and yet globally inclusive, MTN Bushfire’s line-up has always embraced the eccentric and unearthed the eclectic. Music, dance, theatre, spoken word – all forms of creative expression engage and enlighten us with powerful messages and memorable performances at Eswatini’s premier international music and arts festival. 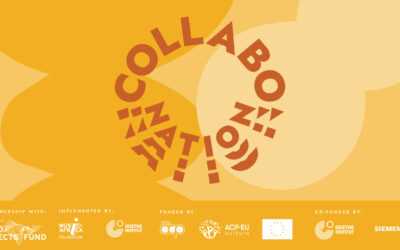 Here’s an exciting opportunity for artists from Eswatini, Botswana, Lesotho, Mozambique and Zimbabwe, who want to collaborate with artists from another country on the list. House On Fire is facilitating dynamic new cross-border, cross-genre songs that result in music videos and performances at the MTN Bushfire festival in May 2023. For more information and application forms, visit the MTN Bushfire website, www.bush-fire.com. Click on the MENU tab and select COLLABONATION. Applications close 23rd January 2023. Collabonation is funded by the Sound Connects Fund, an initiative by the Music In Africa Foundation (MIAF) and Goethe-Institut. The Sound Connects Fund is made possible with the financial contribution of the European Union and the support of the Organisation of ACP States.

Stay Tuned, get the latest info

Get the latest news about MTN Bushfires, the line-up and all the other festival buzz.